Be willing to make decisions. That’s the most important quality in a good leader. Don’t fall victim to what I call the ready-aim-aim-aim-aim syndrome. You must be willing to fire. — T. Boone Pickens

I am quick to point out that while leadership and management are inextricably entwined, leadership is a universal art whereas management is industry specific. Alright then, it’s time I put some weight behind that statement. Let’s talk time management from multiple industry perspectives – corporate, academic, and martial.

Whether its time to plan, decide, or produce, the corporate world looks at the bottom line, profit. Thank God they do. We wouldn’t want it any other way. And because of this, business innovates quickly in order to remain competitive with other businesses. 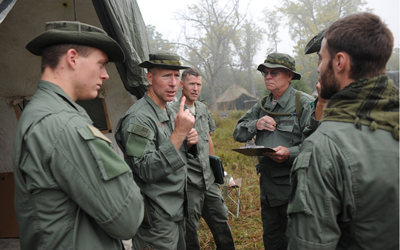 To explore this point further, we have to ask ourselves, “How late is acceptable?” For a business meeting, or for a product deadline the answer to that question is pretty much the same. How much can the profit margin tolerate?

Don’t misunderstand my point here. Speed is identified as one of the three great values in business. As they say, you can have it cheap, good or fast. So speed is a concrete value, but only so much as the profit line is involved.

There is some room to fudge here then. If we cannot have it fast, but we manage to produce our product or perform our service cheap and good, then the profit margin will do well. So in terms of speed, the corporate world balances this requirement with other considerations. Yet ultimately the bottom line is profit.

In contrast to the corporate perspective on time, the academic world see little value to speedy process or decision. Instead, academia places value on being correct.

The academic process might be simplified in terms of hypothesis, experiment and assessment. We only accept a hypothesis as “fact” once it has gone through this academic process exhaustively and multiple scholars come to the same conclusion. And nowhere in this process is speed discussed as a value.

Understandably, academia innovates very slowly – the same as other institutions of government and religion. Being correct is valuable. And if it takes considerable time to find the correct solution or conclusion, so be it.

How late is acceptable in academia? It’s hard to say. Anecdotally the professor sometimes fails to show up for class. But that’s okay, we’ll catch up on the lesson later in the week. And our thesis might take an extra semester, but what’s one more semester after four years of work?

The bottom line here is that our work better be correct. This requires the 100 percent solution.

How late is acceptable in the military? I can answer that question succinctly with another question. “What’s ‘late’?”

There is no such thing as “late” in the military. The military will not detain or delay a flight, a ship, or a convoy for late military personnel. Those Soldiers, Marines, Sailors or Airmen simply missed movement, to use the military vernacular. That offense is punishable by law.

Let me put this another way. It is said throughout the military, “If you are not 10 minutes early, you ARE late.” 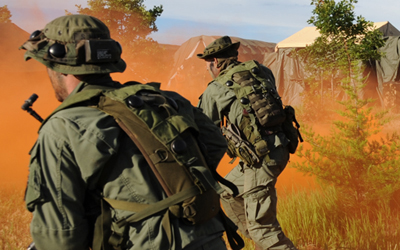 By contrast, a 70 percent solution presumes changes and additions to the plan will be required. After all, the enemy gets a vote, too. So does Mother Nature.

The enemy has no interest in seeing our beautiful plan become successful, regardless of whether our plan has been established at 70 percent or 100 percent. The enemy is intent on upsetting our best laid plans!

Our plan cannot control the weather or terrain or daylight. The universe expands and changes in predictable randomness.

Given that the enemy and Mother Nature both get a say in our plan, there is zero benefit for us to ever finalize the plan. Once a leader estimates his or her plan to about the 70 percent mark, it is time to put the plan into action.

In the martial industry, he who gets to the 70 percent solution first – acts first. And more often than not, that translates into battlefield victory.