There is no single, magical solution in leadership style. The cliché of “one size” does not and will not fit all situations. For this reason it is best if we are aware of the various leadership styles; the situations in which each is best suited; and the limitations of each style.

So is it personality driven, or cognitively selected? Probably a little of both, but the most accurate answer may not be so relevant. The point is that we need to be aware of which styles work for us under a given situation.

Still, there are a few absolutes about leadership, such as the axiom that leaders are ultimately responsible for mission completion. Leaders can delegate authority; yet they can never delegate responsibility.

This statement isn’t intended to detract from the function of the Non-Commissioned Officer (NCO) who’s primary purpose is the care of troops. While it is certainly the case that the NCO is also in a leadership position, more commonly the mission is lead by an officer with an NCO as the second-in-command. In this manner the officer is ultimately responsible for mission completion, and the NCO is ultimately responsible for care of the troops. It is an unresolved paradox – and intentionally so.

That issue aside for the moment, let’s take an overview look at the four leadership styles: authoritarian, participative, delegative, and transformational. 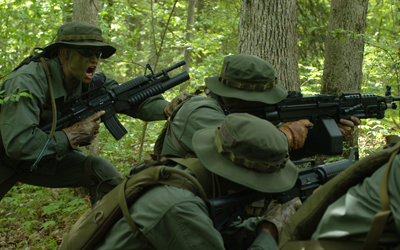 Authoritarian leadership style is commonly used when the leader has the necessary information and time is critical. Autocratic leaders are often excellent in crisis management because decisions are made and communicated in a timely manner. Furthermore, autocratic leaders are particularly effective when subordinates are inexperienced but motivated.

Still, the authoritarian leadership style has its limits. This approach to leadership stifles teamwork and creative solutions because team members cannot see the decision-making process and “buy in” is limited. Also, because the autocratic leader makes all the decisions, this forces talented professionals to seek promotion, experience, and recognition elsewhere, while it retains inexperienced team members and mediocrity.

To rule by exception delegates absolutely no authority in subordinates to make a decision. It merely gives the pretense of doing so. This perversion of leadership strikes fear and paralysis into the team members. (And often it is intended to do exactly that!)

Simply put – if you’re going to delegate authority, you no longer get to make the decision of how the task is completed. Back off. Let the subordinate leader make decisions as they see best. 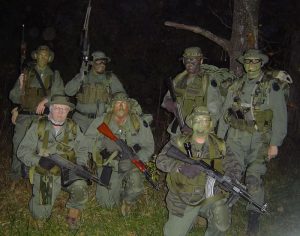 The participative form of leadership is excellent for building esprit de corps within the team. It is also suitable for mentoring subordinate leaders into higher levels of leadership position and experience.

The participative leader understands that he or she does not have all the answers to each situation that may arise. As such they seek the council and expertise of their team members for multiple possible solutions, and select the best solution, often through consensus. This leadership style has the additional benefit of expressing value for subordinate team members’ talents and opinions. Most industries recommend participative leadership as the default style.

However, when time is critical, working toward consensus may mean failure. Under the stress of emergency situations, participative leaders can appear weak and uncertain of themselves. Be careful here. There is a time and place to be authoritarian in approach to leadership.

Delegation of the decision-making demonstrates an absolute trust in the subordinate leader(s) to make reasonable and effective choices. Note that the term “right choice” was not used because that would suggest only one outcome was acceptable. Instead, delegative leaders openly embrace the notion that there exist multiple solutions for any given problem. As such, the delegative style of leadership is very effective when subordinates are experienced and bring unique expertise to the team.

However, when over used, the delegative style of leadership creates high levels of anxiety in subordinates. Subordinates often cannot see the immediate impact of their decisions and this lack of feedback creates unacceptable levels of stress. The delegative leader may eventually be viewed as lazy, incompetent or uncaring by subordinates. Be cautious in application. 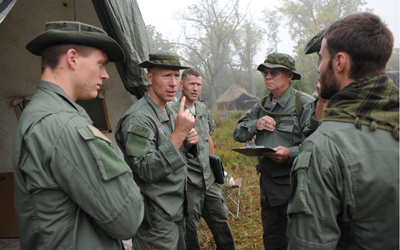 Yet in order to innovate, transformational leaders also destroy or abandon the status quo. This can be dangerous and even catastrophic. Some of history’s most famous and infamous leaders were transformational in their approach. Jesus Christ transformed the Judean religion. Mahatma Gandhi transformed the ruling influence of the Indian subcontinent. And Adolf Hitler transformed the impoverished German state into a global superpower.

Charisma – This is hard to define, but like art, you know it when you see it. Transformational leaders might be described as constantly seeking to move beyond their own limitations, and inspiring others to do the same.

Vision – Transformational leaders visualize, describe and direct. They describe a compelling vision of the future that motivates others to action. They describe the conditions necessary for success.

Influence – If effective management relies on authority, then effective leadership relies on influence. Transformational leaders offer new ways to look at old problems, encouraging new solutions. They are adept at aligning the goals of their followers with the leader’s vision.

Again, the question at hand is not “which leader are you?” Instead it is “which leadership style will you assume, and in which situation?”

There is no single most effect style. However, this assertion does not relieve us as leaders of our responsibility to complete the mission. The success of the mission often depends on the character, the quality, and the approach of the leader. This is what we mean when we say the leader must impart Commander’s Presence amongst their subordinates.