Its almost spring again in Missouri and that means brushing off the cobwebs of winter and getting back in the field to teach leadership at One Shepherds’ Warrior Leader Program. (WLP) One of the students who is slotted for their primary leader position, which is required for their One Leader tab, approached me with a question concerning the screening patrol that he’ll be conducting during this Semesters Situational Training Exercise (STX). His question however prompted me to “unpack” my answer, which is heavy.

The Roman Velites were some of the earliest forms of organized light infantry in a professional army. Chief among their duties was providing early warning of enemy activities and locations. This task provided friendly units with enough warning in time and distance (space) to react to the enemy, enabling friendly units to develop the situation with eyes and ears while main forces prepared and reacted to the changing stimulus. These units conducted security operations to the front, flanks, and rear of the larger force, moving forward of the main battle formation. This task illustrates “Local Security,” that is protecting the main body. 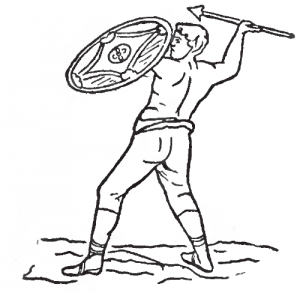 One of the means by which Velites would provide even more time and space was through the engagement of enemy elements with stand off weapons like the javelin, peppering battle lines of opposing troops and then withdrawing through their main friendly lines once their ordnance was thrown out or they encountered a heavier unit. By this limited means, Velites could draw combat power away from enemy elements, and force them to expend “combat power” or in other terms , firepower, manpower, maneuver, protection and information. By exhausting their opponents resources and energy the screening force could drain the enemy before the battle with main troops started.

Small in numbers and purposely augmented to have minimum equipment, these screening troops could utilize speed and mobility to their advantage. This however, meant that because of their relatively few numbers and little protection in both armor and in distance to robust line units, they were increasingly vulnerable to standard line infantry and cavalry units.

These Light Fighters were also tasked forward of the main body as vanguards as well as flank and rear security during administrative movements from bivouac to bivouac and during tactical approach marches and maneuvers. The concept of having security forces between their main body and the enemy enabled the Roman Army to develop the situation around them, provide early warning of enemy maneuver and enabled the disruption of attacks all while buying time and space for the larger main body to react and maneuver. While stationary in bivouac light units were tasked in guarding area water supplies away from camp, or main access roads that lead to the bivouac itself. This concept illustrates the focus of the area around the unit,which the unit intends or may need to utilize in order to further their objectives and not the unit itself, which developed the concept of “Area Security.”

There are two types of “Tactical Security Operations” (TSO) which are Area Security, and Local Security. BLUFOR doctrine stresses that all units provide their own local security from within the unit itself (organic) at each level down to the buddy team. Area Security, however is usually an assigned mission by a larger element to an adjacent or subordinate element. They are denoted in difference nominally by the distance to which the security element is operating from the main body and what its attempting to secure. Local security limits the distance a security element may be pushed out, focusing on protecting the unit itself. Some environmental aspect in which the unit deems “key” or decisive” may also be tasked to achieve the protection of the organic unit but the focus is still on preventing surprise actions by an enemy against the main unit. Local Security aims to protect the element itself, while Area Security encompasses features, both man ­made and natural, that influence the elements ability to conduct operations within its assigned area of operation.  (A.O.) Area Security focuses on controlling or monitoring key terrain, which will give the force a marked advantage in operations, and or decisive terrain, which is terrain that will make or break the success of your operation. 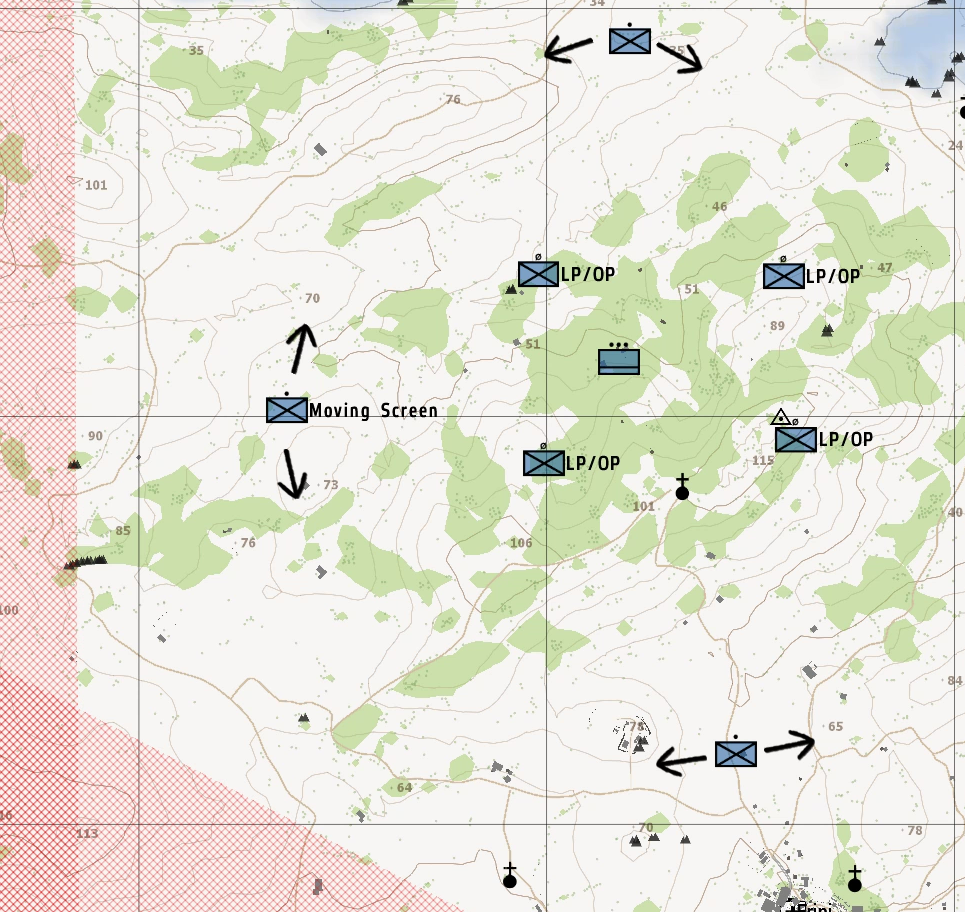 In this example, the LP/OP’s serve as local security while the three moving patrols serve as area security.

The placement of these units is dictated by the principals of METT-TC and OCOKA.

Both Area and Local concepts achieve their end state through three separate forms of TSO; screen, guard, cover, which all entail progressively higher levels of capability and requirements. These three categories employ a variety of tactics, techniques, and procedures to achieve success. Lastly what may look like Local Security to a large element may be an Area Security to the smaller element tasked. It should be noted that at all times within BLUFOR doctrine, every element no matter the size is required to establish and maintain continual local security. Security is a critical enabler in all operations and without it, effort and lives are lost.

One thought on “Area and Local Security: Conceptual Framing for Tactical Security Operations for Small Units”